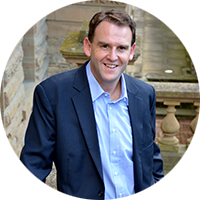 Charles is a Certified Financial Planner® Professional, having worked as a financial planner for over 20 years. He previously worked in the legal profession with a major law firm and was admitted as a Practitioner of the Supreme Court of Tasmania and the High Court of Australia.

Charles has a combined Bachelor of Arts and Laws Degree and a Graduate Certificate in Legal Practice from the University of Tasmania. He has also completed the Diploma of Financial Planning from Deakin University, the Graduate Diploma in Applied Finance and Investment through the Securities Institute and the Institute of Company Directors Diploma Course. Charles is also an accredited FPA Life Risk Specialist.

Charles has won a number of industry awards for his work including:

In addition to this, Charles was runner up for Tasmania in the 2012 FPA Certified Financial Planner® Professional Best Practice Award.

Charles has written a self-help financial book “Old Head on Young Shoulders” which made the national best seller list. Charles has also co-written with Rebecca Fergusson two eBooks – “Secrets of Successful Investors” and “How to Choose your Financial Planner.” Charles is an associate member of the Financial Planning Association of Australia, the Association of Financial Advisers and the Law Society of Tasmania.

The financial planning process starts with an initial meeting (at our cost) to discuss your needs, objectives and financial circumstances. To ensure that this meeting is as productive as possible it is important that you bring along any relevant materials including a position statement and investment and risk insurance details. We look forward to working with you.